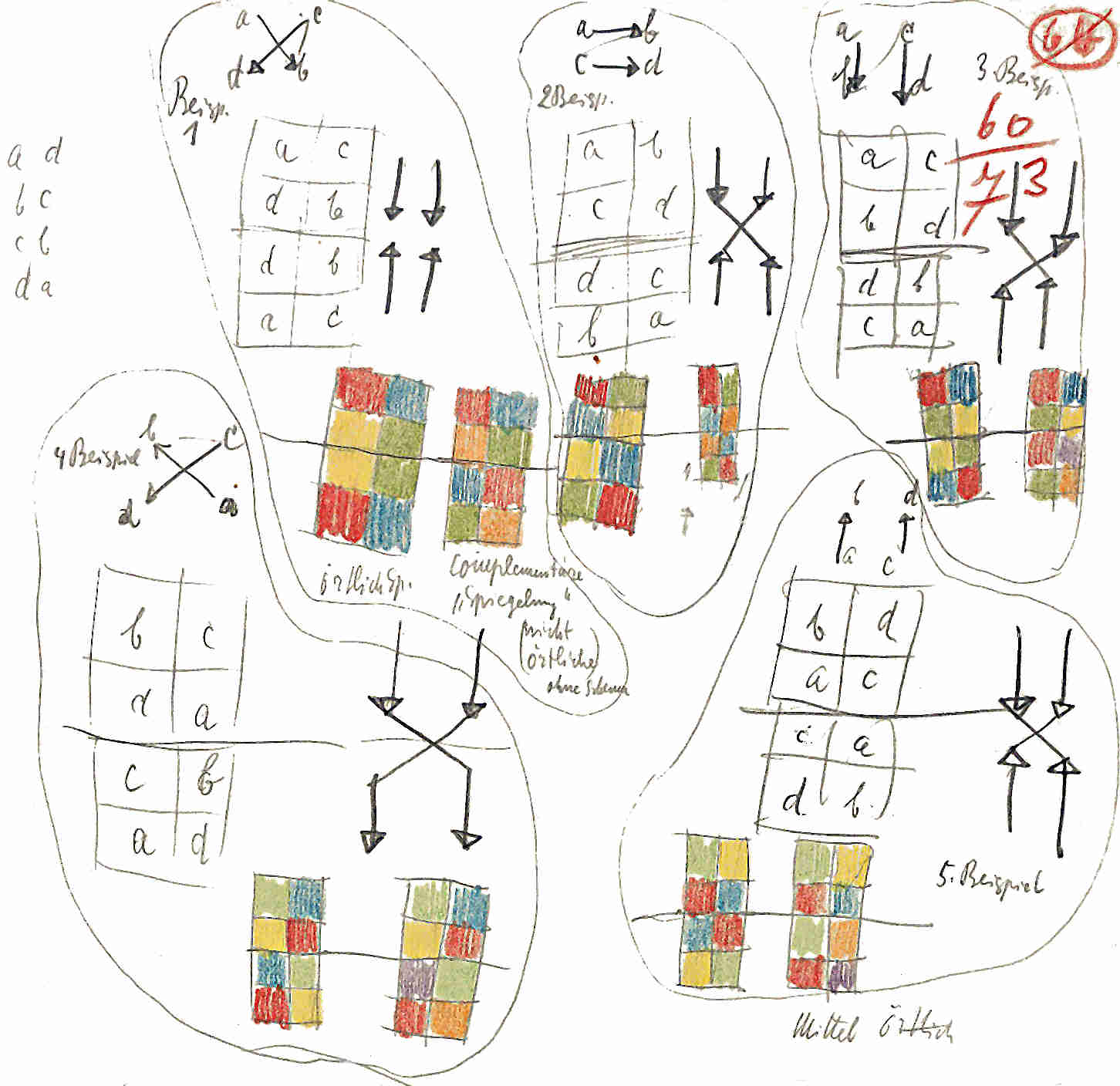 details from the Paul Klee notebook

Expressions can be used to compute delay, period, local tempo, breakpoints in specification, and arguments of internal commands and external messages sent to the environment. Expressions are evaluated into values and this evaluation is supposed to take no time.

This separation may appear sometimes somewhat artificial. For example, the assignment of a variable is an action (because it can trigger activities or alter synchronization or tempo information) but some variables are only introduced to store intermediate values in the computation of a complex expression. The Loop construct is an action but it is useful to implement iterative expressions. A process definition is a value (of type proc) and a handle to the current execution of a compound action is also a value (an exec). Etc.

To make the boundary between the two worlds more permeable, and to take into account the usual syntax of Max or PD message (they have no delimeters between arguments and the end of line is used as terminator), the Antescofo syntax distinguishes between three kinds of expressions. This distinction is only useful for syntactic reasons: they are not allowed to appear anywhere to make the parsing non-ambiguous but expressions ‟have the same rights” and are managed in the same way, irrespectively of their kind.

Expressions are categorized in three kinds of increasing generality, each including the previous one:

We stress again that these three categories exist only to make the parsing of an augmented score non-ambiguous. Expressions have the same status and are managed in the same way, irrespective of their category. So it is possible to turn an expression of a more general category into an equivalent expression of a less general one:

Notice that every expression between parentheses is an auto-delimited expression. So, a rule of thumb is to put the expressions in the contexts listed above between braces when the expression is more complex than a scalar constant or a variable.

Extended expressions enable a more concise and more readable specification of expressions. They are described in the chapter Functions.

Next, we introduce the general notion of value.

You may also go directly to: