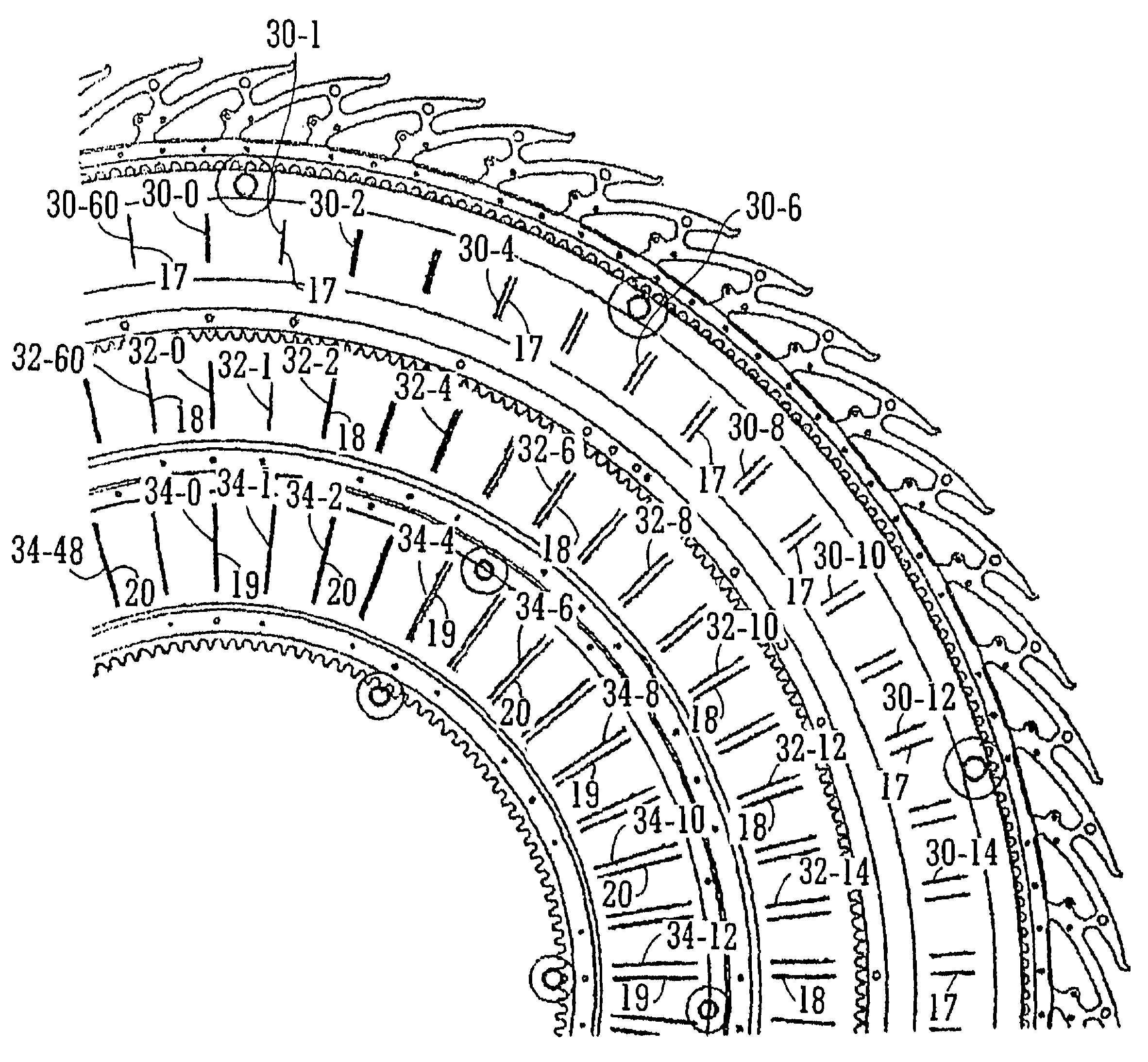 It is the responsibility of the composer to select the right behavior by attributing relevant scopes to accompaniment phrases and to specify, using an attribute, the corresponding handling of missed events.

Once again, the choice of an action being local or global is given to the discretion of the composer or arranger, through the specification of the @local or @global attribute. By default (i.e. without explicit specification), the actions at top-level are tagged @global and error behavior are inherited from the enclosing group.

The combination of the synchronization attributes and error handling attributes for a group of accompaniment actions gives rise to four distinct situations. Figure below attempts to showcase these four situations for a simple hypothetical performance setup.

Each combination corresponds to a musical situation encountered in authoring of mixed interactive pieces:

The Antescofo behavior during an error case is shown in figure below. In this example, the score is assumed to specify four consecutive performer events (e_1 to e_4) with associated actions gathered in a group. Each action is aligned with an event in the score. The four groups correspond to the four possible combinations of two possible synchronization strategies with the two possible error handling attributes. This diagram illustrates the system behavior in case event e_1 is missed and the rest of events detected without tempo change. Note that e_1 is detected as missed (in real-time) once of course e_2 is reported. The signaling of the missing e_1 is denoted by \bar{e_1}. 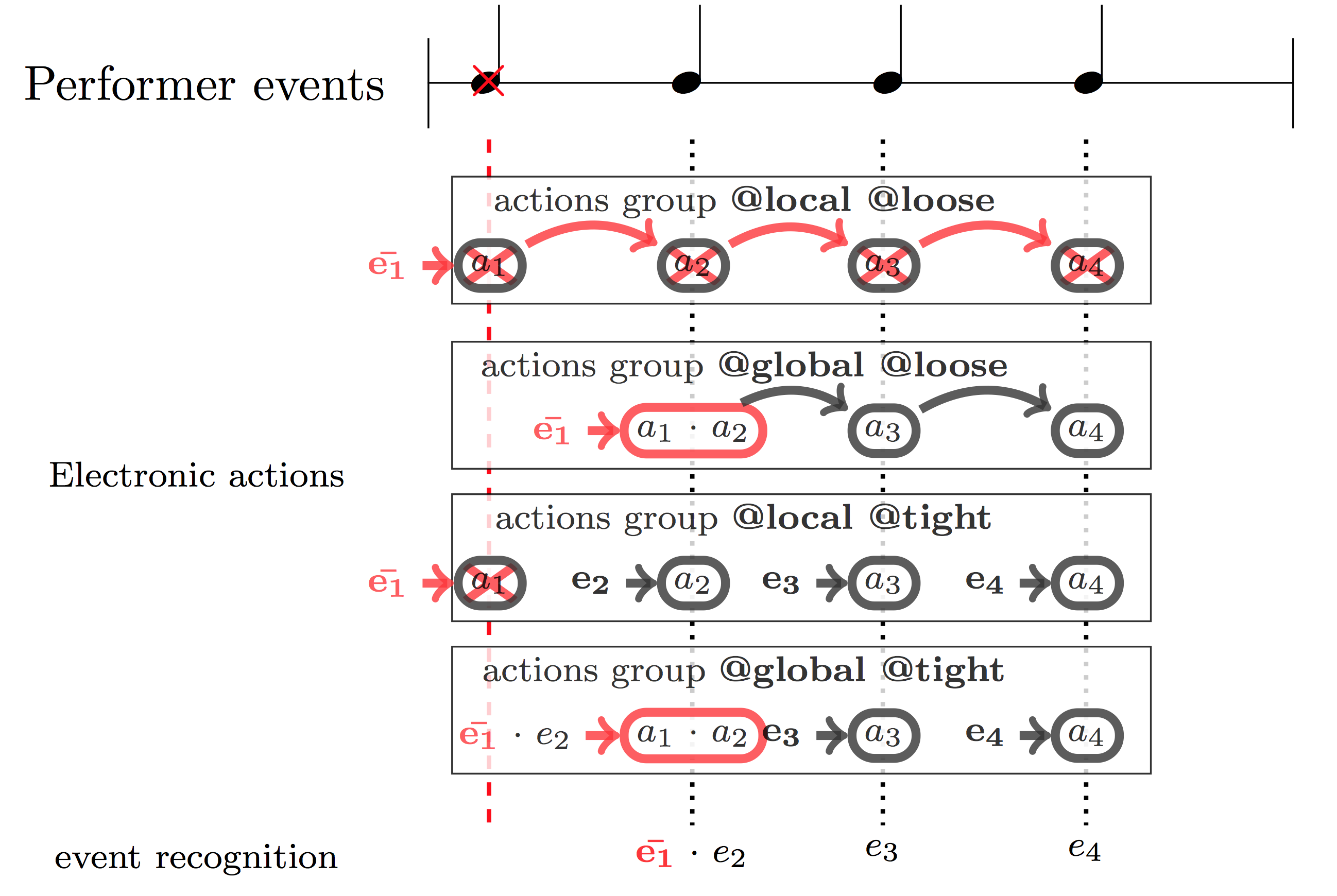 To have a good understanding of the picture notice that:

A sequence of actions following an event in an score corresponds to a phantom group with attributes @global and @loose. In other words, the two following scores are similar.

During a performance, even in case of errors, if an action has to be launched it is fired at a date which is as close as possible to the date specified in the score. This explains the behavior of a group that is @global and @loose when its event trigger is recognized as missed. In this case, the actions that are still in the future are played at their “right” date, while the actions that should have been triggered are launched immediately (as a tight group strategy).

In the previous example, we remark delay variations (a_2 is directly fired for the @loose @global case and not 1.0 after a_1). This ’tight’ re-scheduling is important if the a_2 action has a delay of 1.10, the action should effectively be fired at 0.10 beat after a_1 (next figure): 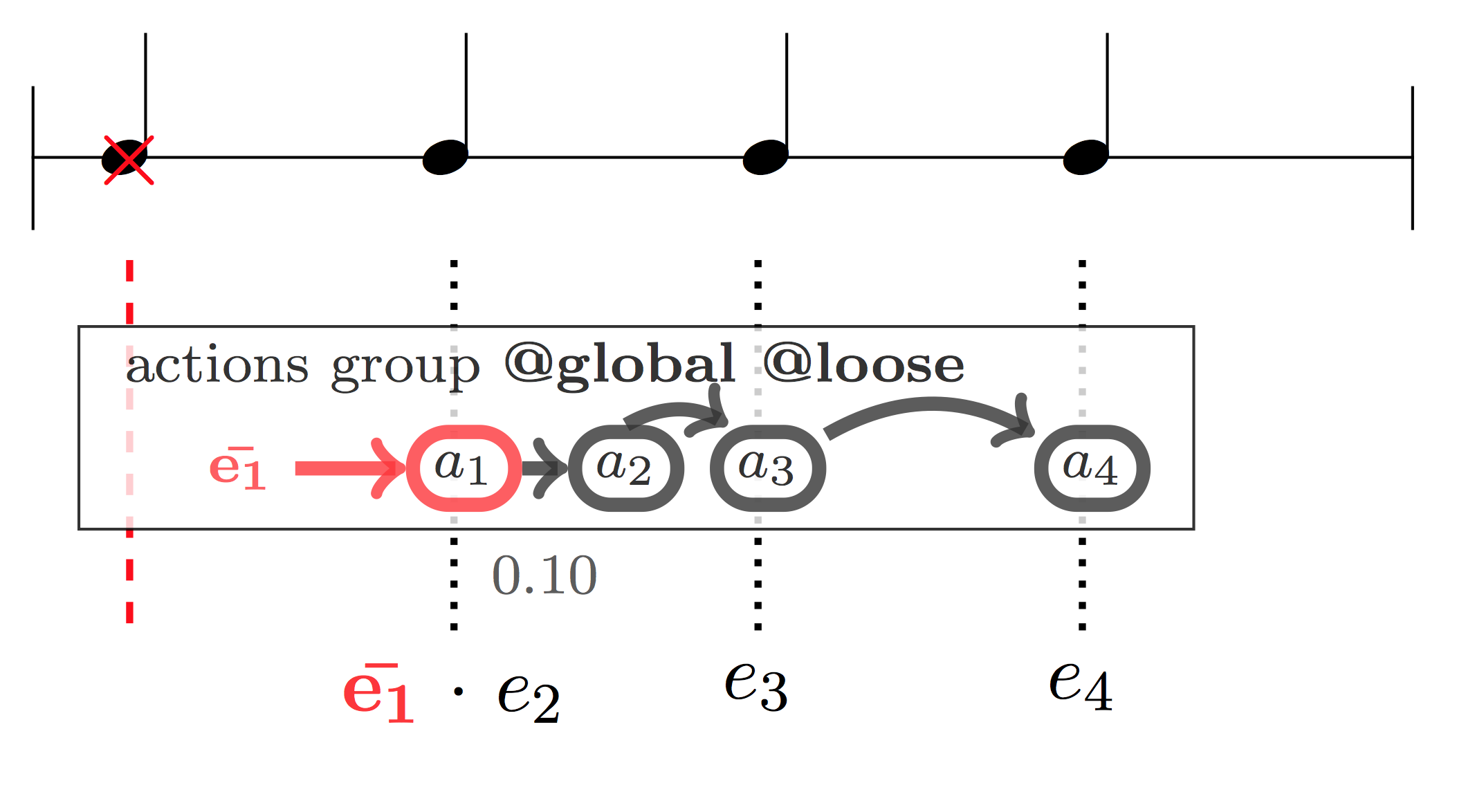