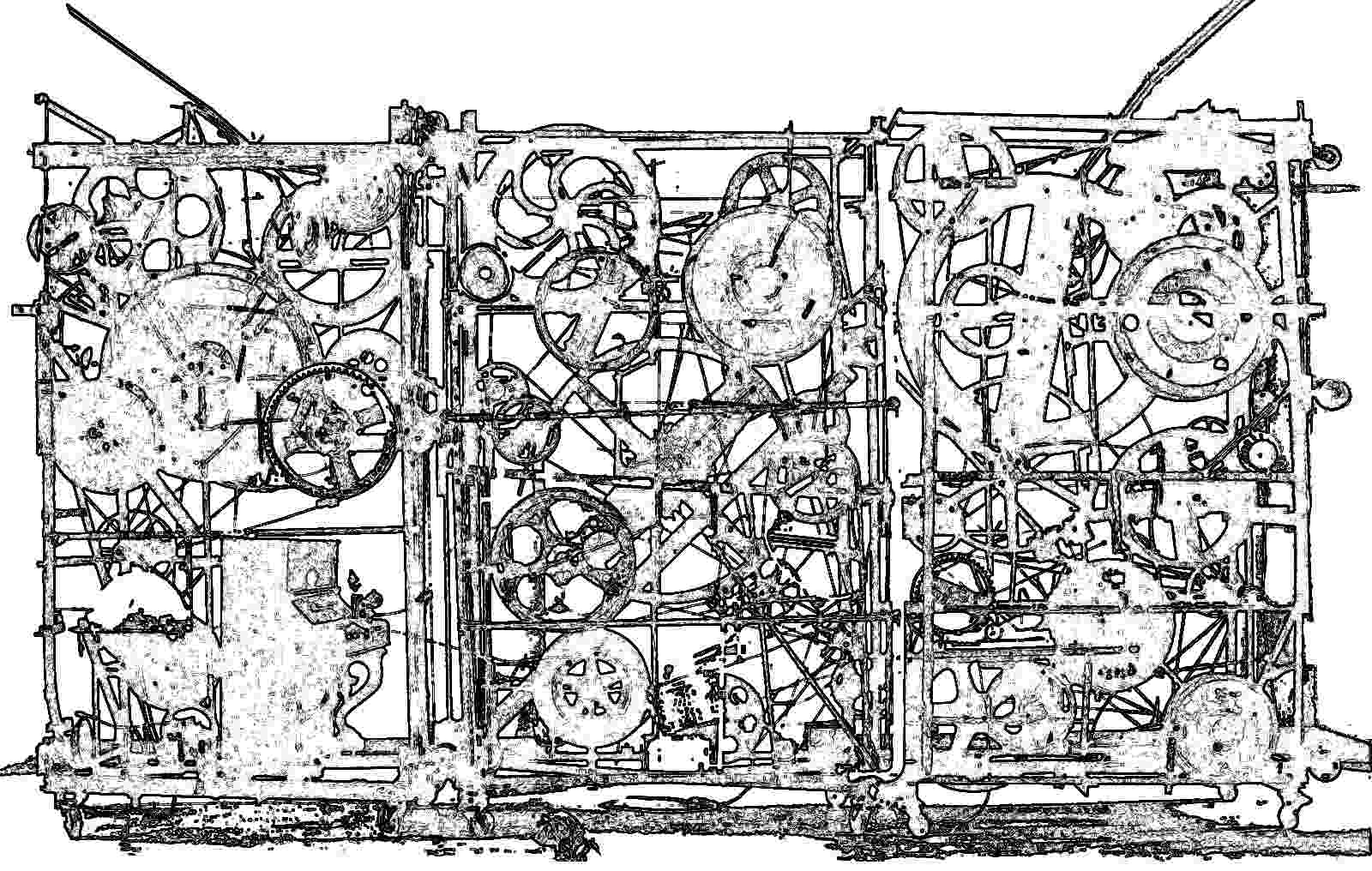 Actions are commands and computations performed by Antescofo at a certain point in time. Often, theses actions are messages sent to a MAX/PD object to trigger other activities. Other actions correspond to internal computations. Actions can be also used to specify the temporal organization of subsequent actions.

Actions can be categorized as instantaneous or durative:

However, another relevant categorization is atomic or compound:

Actions always appear in sequences called groups. A group organizes the performance of its actions in time. Some groups are explicit when they are introduced with the Group construction (the fundamental compound action). Or they can be implicit:

An action within a sequence of actions:

In addition, actions have optional attributes that are specified differently depending on whether the action is atomic or compound.

A sequence of actions may also defines variables and temporal variables anywhere in the sequence. These definitions are not actions and takes no time in the computations.

Sequence of actions appear after a musical event or as the body of a compound action. They are made explicit with the notion of Group which is used to specify additional properties of the sequence (e.g. synchronization attributes).

The @local, @global and @tempovar keywords introduce variables declaration. The local variables are local to the sequence of actions where the declaration appears, and global variables can be accesssed from anywhere. The keywords @local and @global are also attributes of an action, see below.

These actions are further described in chapter Atomic Actions. They are performed instantaneously.

These actions are further described in chapter Compound Actions. They act as temporal containers organizing the temporal relationships of other actions that are called child's of the container.

Each action has some optional attributes which appear as a comma separated list:

Some attributes can be used on any actions:

Other attributes are specific to some kind of actions. There are listed below and they are described in the section dedicated to this kind of action:

The following diagrams gives the syntax of these attributes:

Attributes Meaningfull on All Actions

Curve Specific Attributes
@grain is a mandatory attributes but not @action.

(this is the only way to give a label to an atomic action or to an if or a switch).

Labels are used to refer to an action, for instance to terminate it. Like events, actions can be labeled with:

There can be several labels for the same action. Unlike with event labels, the $-identifier associated to the label of an action cannot be used to refer to the relative position of this action in the score.

An optional specification of a delay can be given before any action A. This defines either

In either case, delays can be expressed in beats (relatively of a tempo), seconds or milliseconds.

The countdown of the delay will start from either the beginning or the end of the previous action following the continuation operator that links the two actions. See section Continuation Operator for more information. If the action is triggered by an event, the timer countdown should start as soon as the event is recognized. For the rest of this section, we assume a default continuation: delays are counted from the start of the previous action.

Upon the expiration of the delay, we say that the action is fired (we use also the word triggered or launched). Thus, the following sequence

A delay can be any expression. This expression is evaluated when the preceding event is launched. That is, expression d₂ is evaluated in the logical instant where action₁ is computed. If the result is not a number, an error is signaled.

The absence of a delay is equivalent to a zero delay. A zero-delayed action is launched synchronously with the preceding action or with the recognition of its associated event. Synchronous actions are performed in the same logical instant and last zero time, cf. paragraph Logical Instant.

The delay to wait to launch an action can be negative for three reason:

In this case, the action is launched immediately in late mode: global actions are launched but not local actions and the time lag is propagated to the next one, until delays becomes positive again, in which case the continuation of the actions is processed in normal mode.

A delay can be either absolute or relative. An absolute delay is expressed in seconds (or in milliseconds) and refers to wall clock time or physical time. The qualifier (s or ms, respectively) is used to denote an absolute delay:

Action a₁ occurs one second after a₀ and a₂ occurs (2 * $v) milliseconds after a₁. If the qualifier (s or ms) is missing, the delay is expressed in beat and it is relative to the tempo of the enclosing group.

A second remark is that, once computed, the delay itself is not reevaluated until its expiration. However, the delay can be expressed in the relative tempo or relatively to a computed tempo and its mapping into the physical time is reevaluated as needed - that is, when the tempo changes.

Delay vs. Expressions. The expression used in the specification of a delay, and more generally of a duration1, must evaluate to a numeric (integer or float). There no specific type of values corresponding to a delay.

This means that 1 s is not a value. The s or ms qualifier appears in the specification of a delay, but is not part of the expression defining the duration of the delay. A consequence is that you cannot pass 1 s as the value of an argument (however, you can pass 1).

For instance, assuming that in the first example of this section action₂ actually occurs after the occurrence of NOTE D, one may count a delay of d₁ + d₂ - 2.0 starting from NOTE D after launching action₂. This approach will be for instance more tightly coupled with the stream of musical events. Synchronization strategies are discussed in chapter Synchronization Strategies.

Date delays differ from ordinary delays by starting the waiting time not from the previous action, but from the origin of the sequence of actions.

The origin of an action is the event or action that is reached by going up the sequence of previous actions, staying in the same group of actions, until reaching an action without a predecessor.

Date delays are rewritten in ordinary delays and the previous consideration on ordinary delays also apply on date delays. They are merely a convenience. Imagine for instance a sequence of actions: the first one launches a sample, and the others one open or close some effects at predetermined date in the sample. It would be painful to express the datation of these actions relatively from one to the other. It is much simpler to express their datation from the launch of the sample, that is, from the first action. It can be done with date delays:


_which is equivalent to
and implemented as_

The § character is an abbreviation which avoids to make explicit the computation of the date. This computation is done internally by Antescofo and its transparent for the user. However, this translation must be kept in mind: for instance, synchronization strategies apply to the ordinary delays computed from the date delays.

Ordinary delays and date delays can be mixed:


_which is equivalent to
and implemented as_

However, it is not possible to mix absolute and relative delay if there are date delays: the delays of the actions in the involved sequence must be all absolute or all relative:

Date delays are computed and can be negative: they are then handled as explained above. Some of these computations can be done statically (if all the delays involved are constant expressions). In this case, the detection of a negative delay will raise a warning:

However, all such negative delays cannot be statically detected.

When an Action is Performed¶

We write at the beginning of this chapter that actions are performed when arriving at some date. The specification of this date is always a delay starting from some internal or external event:

In addition, for delays and for durative actions, the passing of time depends on a temporal scope which defines a tempo, a synchronization strategy and other temporal parameters. These notions are investigated in chapter Synchronization.